Behind the 5 Star Review: Part 1 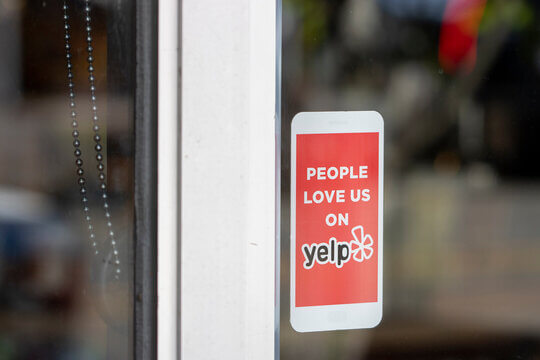 Part I: The Quality, Integrity, and Authenticity of Food

Gone are the days of anonymous weekly reviews in newspapers and travel guides. Instead, we now have access to hundreds of millions of detailed reviews and pictures from dedicated food buffs, and it has become increasingly difficult to neglect their impact.

According to a Harvard Business School study, Yelp is said to have a 5–9% impact on restaurant revenues. An alternate study at the University of California, Berkeley proved that San Francisco restaurants moving up an additional half star on Yelp increased their chance of selling out during prime dining times from 13 to 39 percent in San Francisco. This real-time reporting of a restaurant’s performance leaves chefs, service staff and restauranteurs with very little margin for error.

So, who's using these online platforms?
And how can restaurants appeal to them?

Approximately 40% of Yelp usage falls between the ages of 18–35. Additionally, 60.2% of users carry a college degree, indicating that educated millennials are a major driving force within the industry. In fact, RBC Capital Markets found that the Canadian millennial cohort is the largest in Canada, and is comprised of nearly 10 million people.

Analysts have cited that this demographic holds fresh and wholesome foods, friendly and attentive service, ethical cooking practices and a strong digital presence in high regard when it comes to reviewing dining establishments.

This series will discuss each of the criteria in detail, starting with the most important factor: food.

What qualities is the modern-day consumer looking for when it comes to ingredients?

Food safety is the most prominent concern among restaurant dwellers of all ages. Regulatory agencies, researchers, manufacturers, and suppliers are avidly working towards ensuring that the food we receive is pathogen free, so we are not susceptible to illness and widespread pandemics. To be confident in a supplier’s food quality is not enough; the storage, handling, and preparation of food take equal precedence.

Food safety is of the utmost most concern among restaurant dwellers of all ages.

Mintel, a global market research company, places a strong emphasis on natural foods being prioritized by consumers. Less processed food and beverages are forcing restaurants to reconsider which brands and products they use to prepare their dishes. There has been a rise in consumer demand for transparency, with the general public frowning upon the use of preservatives and chemicals. Processed foods are just the beginning; Whole Foods Market’s list of Top 10 Food Trends reports that the non-GMO movement will only continue to gain momentum, despite various counter-arguments from the scientific community. Many diners have gravitated towards restaurants that boast organic, “untampered” fare, which poses a massive challenge to the supply chain.

Although most consumers do not require products that are gluten-, wheat- and dairy-free; market research company Innova suggests that there is a considerable shift away from gluten-rich products. Gluten intolerance and celiac disease affect millions of North Americans, from extreme cases to mild digestive discomfort.

How does authenticity factor in?

The authenticity of flavours is seen to be a critical factor amongst younger restaurant dwellers. Consumers are exposed to a much wider selection of ethnic foods than in previous years and are more inquisitive and knowledgeable about food than ever before.

This has resulted in less demand for “westernized” versions of foreign foods, and a greater demand for authentic dining experiences according to the National Restaurant Association in the United States.

Consumers are eager to learn about new foods, as exhibited by the decreased demand for westernized versions of foreign foods, an upsurge of authentic dining experiences, and staggering popularity of food docu-series like “Chef’s Table”, which highlight some of the world’s gastronomic wonders.

What can I do to improve the quality, integrity and authenticity of food at my restaurant?

There are a number of common mistakes that chefs can avoid in order to ensure that the highest standards of health and safety are maintained in the kitchen:

1. Avoid cross-contamination of foods through the use of separate serving dishes, cutting boards and utensils in order to avoid contact between raw meats and poultry from other foods.

2. Washing raw meats and poultry, which spreads bacteria on sinks and countertops. Only wash produce.

4. Forgetting to sanitize your hands on a regular basis when handling food.

5. Defrosting/thawing food outside contained spaces, which results in the multiplication of pathogens and bacteria.

6. Neglecting the frequent replacement of sponges, kitchen towels and dish rags. Ironically, the things we use to clean our kitchens end up being the dirtiest; rags and sponges retain especially harmful pathogens after prolonged use.

Refusing to adapt to changing food preferences can be harmful to your business.

That’s where ChefHero comes in. By connecting chefs and restaurant owners to a variety of reliable suppliers, chefs can easily search for the ingredients they need, compare prices in real-time, and seamlessly place orders at the tap of a finger. With less time spent on mundane tasks, chefs can evolve their businesses through more urgent and creative undertakings.

Many of the suppliers on the ChefHero carry an extensive selection of affordable alternatives that restaurants can look to.

Accommodating consumers that are gluten free, albeit the difficulties and costs, also comes with advantages. This will give you the opportunity to work with versatile and high protein superfoods and grains including quinoa, spelt, and kamut; all of which are readily available on the ChefHero app.

Invest less in advertising and more on the quality of your ingredients and creativity of your dishes, and the rest will speak for itself.