5 Emerging Neighborhoods in Chicago to Open a Restaurant (And Why) 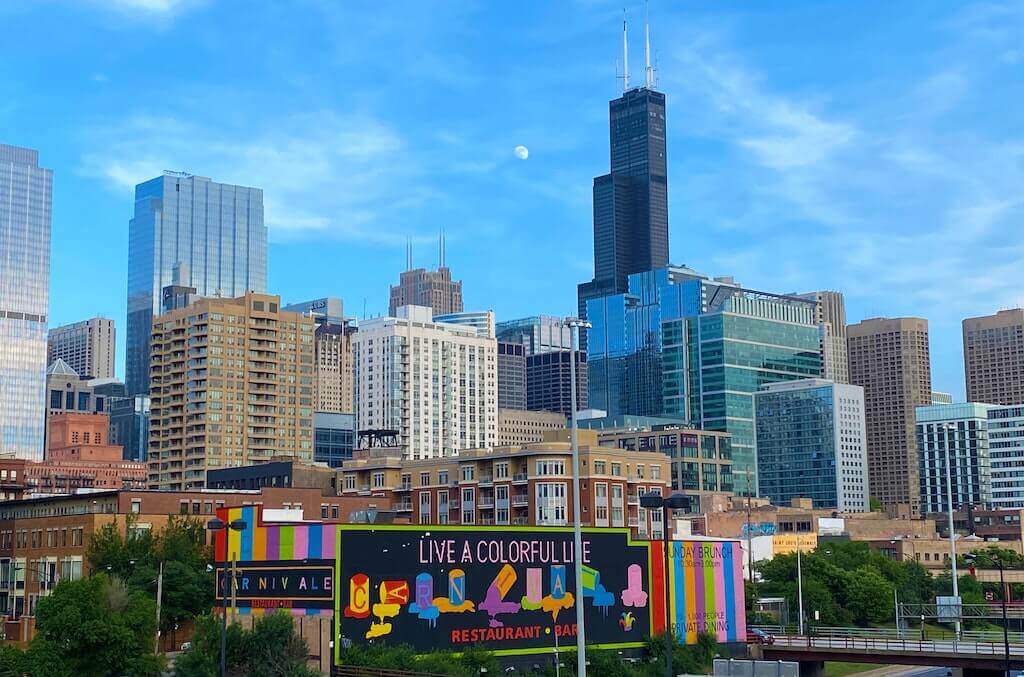 When you travel through the windy city, it’s quite noticeable when you leave one neighborhood and enter into another.

It’s a metropolis made up of distinct communities that help give the big city a small-town feel, and that’s a huge part of why we love it so much.

Locals will argue about which neighborhood is “best,” with many factors to take into consideration when comparing them: walkability, entertainment options, scenery, and culture. Not least among these is the myriad food and dining options available.

If you’re considering where in Chicago is the best place to open up a restaurant, these 5 neighborhoods may not be on your radar yet - but they should be.

For a variety of reasons, we’re predicting they’ll be the next up-and-coming spots for hungry foodies looking for the city’s best meal. Even if they’re not the trendiest spots on the map right now, they’re worth checking out for your first (or next) restaurant.

Logan Square is hardly emerging—it has emerged; the neighborhood’s evolution from a hipster haven to the hottest place to open a new restaurant can’t be ignored. No matter what Timeout says about the area being oversaturated with new food and drink hotspots, this is the place many Chicago restaurateurs are flocking to, and for good reason.

From the days of Longman & Eagle, the eatery that put Logan Square on the map and earned a visit from the late, great Anthony Bourdain, the neighborhood has only continued to grow its food scene.

If you choose to open up a new spot in Logan Square, just know you’re going to have some competition. The neighborhood is already home to Lula Cafe, Jason Hammel's farm-to-table hotspot that helped propel Logan Square’s culinary scene back in the ‘90s. Newer offerings to keep an eye on include: Mi Tocaya, Mini Mott, Lonesome Rose, some favorite dining spots for Logan Square foodies. The food scene in this neighborhood is thriving, which is why it’s one of the best places to open a restaurant, but also one of the most challenging.

If you’re up for the challenge, or if you have a unique cuisine to bring to Logan Square’s scene, all it takes is a few steps off the Blue Line to be in one of Chicago’s hottest neighborhoods for food and drink right now.

There’s no way to sugarcoat it: Chicago’s South Side has had a bad rap for a long time. However, there are neighborhoods south of the Loop that deserve your attention. Take Pilsen, a Southwest Side neighborhood that was once Chicago’s center for Czech immigrants, but has become a Mexican-American outpost today.

Strolling along Pilsen’s streets, you’re likely to be impressed by the sheer amount of public art on display. The neighborhood is home to hundreds of street murals that capture the area’s history as Chicago’s heart and soul for Mexican culture. It’s also home to some of the city’s most up-and-coming modern art galleries, and the expansive National Museum of Mexican Art, where free admission grants you access to a 10,000-piece permanent exhibit, rotating displays and family-friendly art workshops.

Opening up a restaurant in Pilsen means competing with authentic tacos al pastor at El Nuevo Taconazo Restaurant, old school Italian at Bruna’s Ristorante and local IPAs paired with Eastern European fare that pays tribute to the neighborhood’s Czech roots at Alulu Brewpub. Speaking of local beer, Pilsen is becoming a destination for lovers of craft brew — Lagunitas now has a taproom open there, and Moody Tongue Brewing is a neighborhood favorite. But a neighborhood as diverse as Pilsen is the perfect spot to bring a unique new restaurant concept (or another brewery, because is there such thing as too many of those?), and it’s clear that the food scene there will only get better.

At the turn of the 20th century, Ukrainian immigrants built their new homes in a small neighborhood in Chicago, now appropriately named Ukrainian Village. This neighborhood has been making waves for a while—even in 2016, Redfin named it the hottest neighborhood in the entire United States.

While artists and young professionals have been taking heed and making the Ukrainian Village their new home en masse, the neighborhood is still home to many Ukrainian and other Eastern European families who frequent the local delis and Orthodox churches that dot the Ukrainian Village’s landscape.

Traditional Ukrainian delis, like Shokolad Pastry and Cafe, offer some of the city’s best pierogies alongside other classic Eastern European staples and are some of the best places to grab a bite here. But in 2019, they’re rubbing elbows with trendy newer hotspots, like Fatso’s Last Stand, Mr. Brown’s Lounge and Boeufhaus. As an older, more established neighborhood, Ukrainian Village is also home to some of Chicago’s best dive bars, like famed music venue The Empty Bottle.

Ukrainian Village is where old meets new, and that makes it the perfect place to open a restaurant that will help propel this neighborhood’s food scene toward greatness.

Rogers Park is already on many people’s radar for being one of Chicago’s coolest and most up-and-coming neighborhoods. Why? Its diversity.

At any bar in Rogers Park, you’re likely to find a Loyola student chatting with a Jamaican immigrant who’s rubbing elbows with an older hippie who’s lived in the neighborhood his whole life. The mix of people who have chosen to call Rogers Park home have created a rich tapestry of human experience, and the culture and vibe in the neighborhood really show it.

Rogers Park boasts a thriving theater and music scene, with venues like the BoHo and Lifeline Theaters, and the famous dive Red Line Tap hosting a number of performances where locals and visitors alike can feel the flavor of the neighborhood. Its food scene is also up-and-coming, with diverse fare like Kizin Creole’s Haitian jerk chicken and the many mouthwatering Indian spots on Devon Ave. For any restaurateur, Rogers Park is an appealing spot where future trendsetters are sure to rise.

With its prime location right along the lakeshore, its extreme walkability and its still relatively low rent, it’s no surprise restaurateurs are eyeing Edgewater as one of the city’s most up-and-coming neighborhoods.

The lower cost of living in Edgewater attracts artists and young professionals, as well as folks from a diverse array of backgrounds. Here you’ll find ample options for authentic Ethiopian fare, like local hotspots Demera, Ras Dashen and Ethiopian Diamond. After gorging yourself on spicy curries wrapped in injera bread, head to Lickety Split, an old-school soda fountain where sweet ice cream treats are made totally from scratch. Don’t miss Moody’s Pub one of the city’s most Instagrammable locations, with roaring fireplaces, medieval-style architecture, and terrific burgers.

With so much diversity, it’s no wonder Edgewater is considered a prime spot for a trendsetting restaurateur. The only question is what cuisine you’ll bring to the neighborhood.

Chicago’s different neighborhoods offer restaurateurs the chance to find smaller communities that their restaurants can serve, all within one of the biggest cities in the country. They all have something to offer, and finding the perfect spot for your next restaurant is just a matter of finding the right neighborhood.

For your next Chicago read, check out:

The Windy City Debunked – What Locals Love About Chicago

Chicago is a city known for its delicious deep-dish pizza, beautiful architecture, and stunning lakeside views. Often called the “Windy City,” there are many reasons why locals love Chicago and choose to call it home. If you’re a local renting an apartment in West Loop or a tourist just visiting for the week, or planning to move here and you’re just wondering what locals love about living in Chicago, this is the article for you. Redfin reached out to locals, including us, to share our favorite reasons why we love Chicago. From the distinct neighborhoods to the vibrant arts and entertainment scene, check out The Windy City Debunked - What Locals Love About Chicago to see what we had to say.