Employee Turnover and Your Restaurant's Bottom Line: Here Are The Numbers You Need to Know

Restaurant employee turnover has been a hot topic in recent years. Data from the Bureau of Labor Statistics in 2016 found that the turnover rate in the restaurant industry had topped 73 percent that year, a nearly 10-year high. Headlines were quick to start asking questions: Why do so many people leave their restaurant jobs, and what does that turnover rate mean for the industry?

The 2017 data is now out, and while it shows the turnover rate for restaurant employees has gone down, the difference is small — just over a 1 percent decline from 73.6 percent to 72.5 percent.

High rates of turnover are still a huge problem for restaurants, and to understand why, you need to know the numbers.

How is restaurant turnover calculated?

Calculating restaurant turnover just takes a simple equation. Count how many employees have left their positions, and divide that number by the total number of available positions.

Multiply the result by 100 if you want the turnover rate as a percentage.

This can be calculated monthly, quarterly or yearly at your restaurant. When the Bureau of Labor Statistics calculates industry-wide turnover in the U.S., it calculates the monthly restaurant turnover rate, as well as a yearly average turnover rate.

Data for 2019 is still being compiled, and 2018 data isn’t fully available yet. But in 2017, the most recent year for which data is complete and verified, the Bureau of Labor Statistics found the restaurant industry had an average turnover rate of 72.5 percent. That’s down from 73.6 percent in 2016.

How has the restaurant turnover rate changed over time?

From 2015 to 2017, restaurant turnover has been higher than it was in the previous five years. Here’s how the average yearly turnover rate has changed over the last decade or so.

How does restaurant turnover compare to other industries?

Here’s how the two workforces have compared in recent years.

Why are people leaving their restaurant jobs?

Bureau of Labor Statistics data from 2017 shows that the majority of people who left restaurant jobs that year:

The data doesn’t show why the majority of restaurant workers quit, but BambooHR has found that the top workplace deal breakers across industries are as follows:

Lack of opportunity to advance.

BambooHR found that 22 percent of people leave their jobs because they find better opportunities outside their current organization.‍

Lack of a good work-life balance.

BambooHR found that 14 percent of people leave jobs where they’re overworked and expected to put in long hours.

Lack of a fair salary.

BambooHR found that 10 percent of people leave their jobs because they don’t think they’re being paid what they’re worth.

What causes high turnover in restaurants?

Upserve’s 2018 State of the Restaurant Industry Report sought to determine what was causing the alarmingly high rate of turnover in the restaurant industry.

The report’s findings show that an employee’s position is the single greatest indicator of turnover.

While turnover rates differed a bit between different regions, location didn’t have a significant impact on the numbers. Neither did base pay. While it makes sense to think a raise might entice team members to stay at your restaurant, according to Upserve’s research, there wasn’t much difference in base pay between restaurant employees who stayed in their positions and the ones who quit or were let go.

Upserve’s report found that turnover increases at certain times of the year that coincide with seasons that tend to be slower for restaurants. From July to September, turnover rates increased on a weekly basis as restaurants churned seasonal workers they had hired for the busier summer months. In 2017, turnover in Q3 was found to be 2.18 percent higher than in Q2, and 5.3 percent higher than the overall yearly average.

Read More: The Restaurant Turnover Rate is Astronomical. Here's Why (And How to Fix It)

That timing could also be attributed to the types of workers who make up the restaurant industry’s workforce; according to Pew research, more than 30 percent of teens with summer jobs are working in the hospitality industry. Restaurant turnover rates typically hit their yearly highs between August and September, when students are headed back to school.

How does turnover affect a restaurant’s bottom line?

Here’s why you need to understand turnover and do what you can to combat it in your restaurant:

It’s probably costing you a lot of money.

Every business is different, but a Cornell University Center for Hospitality study did research to determine how much employee turnover can cost businesses in the hospitality industry, including restaurants. The findings were pretty shocking.

According to the report, churning and replacing a single employee ranged in cost from $2,604 to $14,019 for the businesses studied. The average cost of turning over a single employee was found to be $5,864. Here’s how that cost is broken down:

Taking the 2017 industry average turnover rate of 72.5 percent, here’s what turnover could be costing a typical restaurant (25 employees) annually depending on whether its churn cost falls on the low, high or average figures in the Cornell University study.

To calculate the potential cost of turnover at your restaurant, multiple those costs by the number of employees you lose in a given year.

As you can see, hiring well and keeping your restaurant’s turnover rate as low as possible has the potential to have a significant impact on your bottom line.

Knowing the numbers related to restaurant turnover is a great way to understand why this is a problem that deserves your time and attention.

If you’re ready to put into place some strategies to reduce staff turnover, we have a guide for that.

You’ll never be able to completely eliminate turnover in a business, but taking steps to reduce it could be a significant investment in your restaurant’s future. 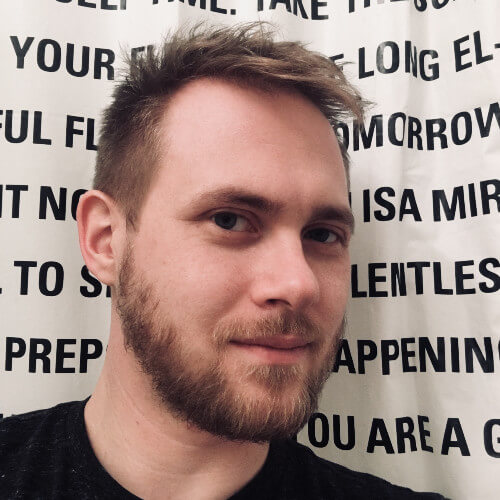