The Most Popular Foods from Chicago's Top Restauranteurs 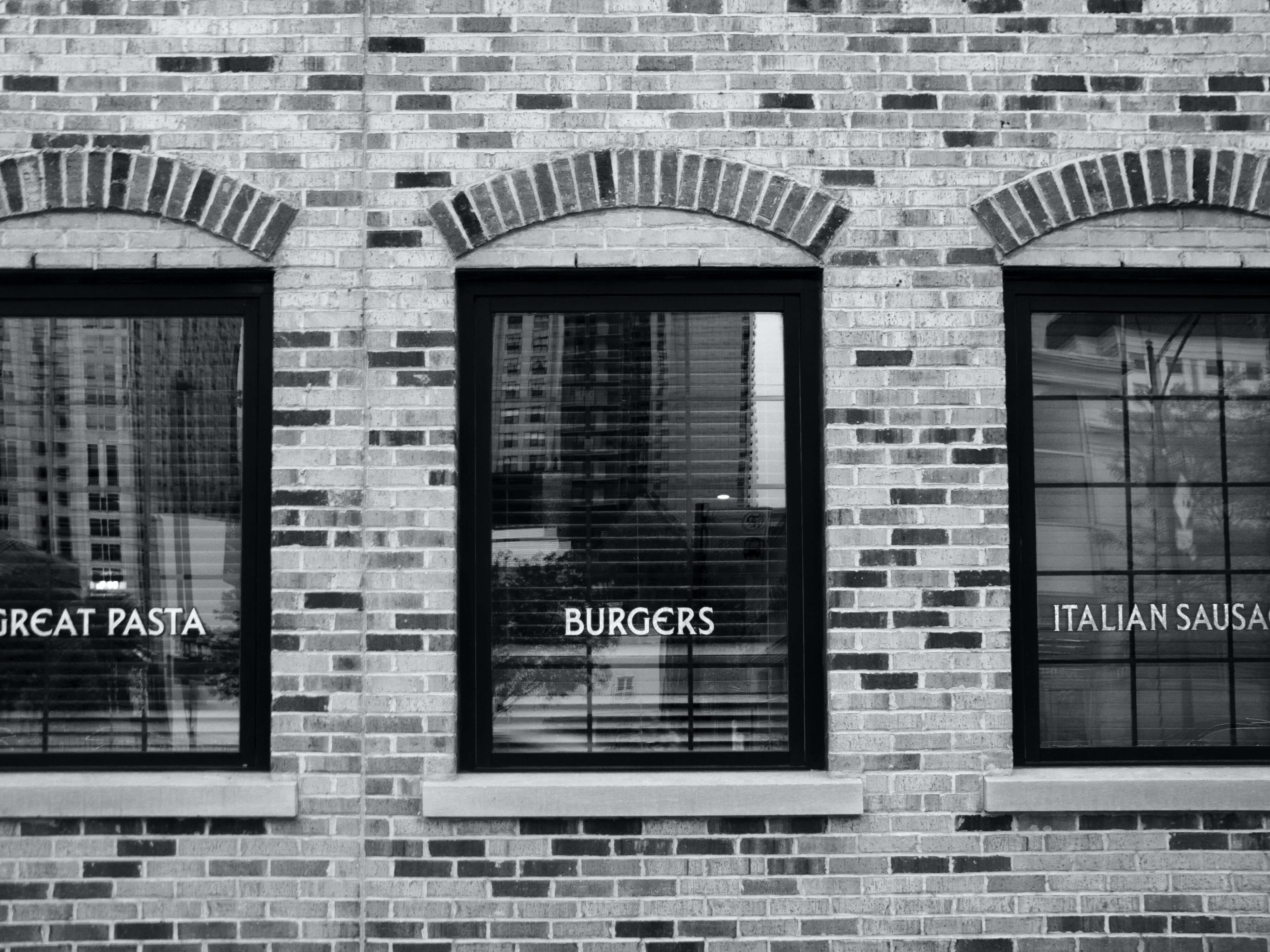 If there’s anyone who knows where to get the best eats in Chicago, it’s the Windy City’s top chefs and restaurateurs.

They’ve been creating dishes since they were kids, so it’s suffice to say, their word can be trusted when the question is, “Where can I get the best meal in Chicago?”

But who are the chefs behind the chefs’ favorite dishes? When the Chicagoans who know their way around the kitchen best aren’t cooking for themselves, who do they trust to whip up a meal that will satisfy their cravings?

21 of Chicago’s culinary greats shared what they order when they’re taking a break from the kitchen.

We set out to learn a little bit about who’s cooking those meals! These are the dishes that Chicago chefs love most, and the Chicago chefs who are behind them — It makes for a great list of dishes any Windy City foodie should want to try out.

Where to get it: Club Lucky

Jaime Laurita, Chef and Creative Director at Viking Showroom, told the Chicago Tribune that Reyes’ seafood salad with calamari, white fish, octopus and shrimp is so simple, fresh and delicious, he sometimes thinks about it when he’s just hanging out at home. It’s served with a light lemon vinaigrette that doesn’t overshadow the seafood, which is definitely the star of the plate. Reyes created a hit dish by sticking to a simple preparation that lets the fresh, delicious ingredients sing.

Where to get it: Nite 'N Gale

As Maryann Slavin, Pastry Chef and Owner of Maryann’s Sweet Treats and Edible Art in Highwood, puts it, Nite ‘N Gale is “an old gem.” It’s one of Chicago’s oldest family-owned Italian joints, filled with old school charm and serving up delicious food that’s withstood the test of time. Its third-generation owners employ Chefs Roberto and Tony Sigura to make the classic Italian fare that Nite ‘N Gale is known for - including pizza, grilled calamari, steak and prosciutto-wrapped scallops - and Slavin always trusts them to serve up a comforting dish that tastes just like home cooking. If that isn’t worth a visit, we’re not sure what is.

Where to get it: Gene & Jude’s

A hot dog and fries might sound like the simplest meal to make, but this Chicago staple actually requires a certain amount of finesse in order to be done well. Paul Kahan, Executive Chef and Owner of avec, Blackbird, The Publican, Publican Quality Meats, Nico Osteria, Big Star, Dove’s Luncheonette, insists that Gene & Jude’s serves up the best dog in the city.

“It’s a 7:1 Vienna beef hot dog in a steamed bun with mustard, relish and onions, nestled in fresh-cut French fries and wrapped in wax paper,” he said.

Gene & Jude’s is an unassuming hot dog stand, and you won’t find an executive chef here. The place is owned and run these days but J Mormino, son of Gene Mormino, who founded the joint in 1946. Clearly he’s living up to the family legacy.

Where to get it: Pleasant House Pub

Pleasant House Pub co-chefs Art and Chelsea Jackson named their pub (and the bakery that preceded it) after an 1800s cottage in rural Yorkshire, England, where they learned the art of savory pies. Now, according to Candace Barocci Warner, Partner/Owner of Convito Cafe & Market in Wilmette, they’re serving up the best dish in the city because it’s truly reminiscent of a good pub meal in the UK.

“The flavors were unbelievable ... flaky, buttery pastry with local farm fresh ingredients ... these award-winning pies are the perfect elevated comfort food,” Barocci Warner explained. “The chicken balti with curry spices is our favorite, but the mushroom & kale is a top choice too, with white wine & parmesan cream sauce.”

Where to get it: Ema

Francis Gonzalez, Corporate Executive Chef for Parker Restaurant Group, told the Tribune this simple, creamy pasta from Ema reminds him of dishes he used to make in Santa Monica with daily finds from the farmer’s market.

“I love the simplicity of the dish and how I am able to be immediately transported to such a wonderful destination,” he said. “It’s an important factor in what I look for when choosing a place to dine.”

Chef CJ Jacobson was born in Orange County, and clearly he brought to Chicago some of Southern California’s tendency to embrace simplicity, freshness and quality to make a great dish.

Where to get it: Ca Phe Da

Joe Flamm, Executive Chef at Spiaggia, heads to this Pilsen Vietnamese spot for simple, clean lunches rich with flavor from quality ingredients. “I love their rice; I could crush bowls upon bowls of it, one of my favorite lunch spots in town,” he told InsideHook.

Chef Thai Dang left Vietnam with his family in the 1980s, and Ca Phe Da is his more low-key sister restaurant to Michelin-nominated fine dining spot HaiSous. That means you’re getting a talented chef’s take on authentic, traditional Vietnamese dishes at Ca Phe Da, but at lunch prices. That’s a combo that makes this spot well worth a try.

Where to get it: Monteverde

Gnocchetti, pesto and ricotta are a classic combination, and the simplicity is what makes this dish sing, according to Pat Sheerin, Executive Chef at the Ace Hotel —  that, and the fact that everything is prepared perfectly. Pair that with the ambiance at Monteverde — “The place is always frenetically busy, but their staff puts you at ease,” he said — and you have the recipe for another must-try dish in the Windy City.

Head Chef Sarah Grueneberg was a runner-up on Top Chef. She held a Michelin star for the three years she was Executive Chef at Spiaggia. And the James Beard Foundation has recognized her as one of the region’s top chefs. With a resume like that, it’s no wonder other chefs love her food.

Where to get it: Shanghai Terrace

Jack Weiss, President/Owner of Coco Pazzo Restaurants, admits he loves Peking duck and has tried it at Chinese restaurants all over the city, but his hands-down favorite is at Shanghai Terrace. He also recommends the restaurant’s assorted dumplings to start, as well as its “outstanding” desserts.

Chef de cuisine Elmo Han added the peking duck to Shanghai Terrace’s menu (alongside a number of other new additions) in 2016, and the classic Chinese dish has quickly become a favorite among guests, including Chicago’s other well-known chefs.

Where to get it: Spinning J

At breakfast, sometimes the simplest dishes make for the best start to the day. That’s celebrity chef (and Executive Chef at Sepia) Andrew Zimmerman’s philosophy, and why he loves grabbing his first meal of the day from Spinning J. Here, he says, a simple breakfast sandwich or scone will be “done brilliantly every time,” thanks to pastry chef Dinah Grossman.

Where to get it: High Five Ramen

Chef Jeff Pikus took a long trip to Japan to learn from the ramen-making greats before bringing his own twist on the dish back to the Windy City. High Five’s most popular ramen starts with a rich, creamy tonkotsu broth that’s cooked with pork bones for a whopping 18 hours. Then a mix of hot and numbing chilis get added, at whatever spice level the guest prefers.

David Bacso, Creative Director for Kuma's Corner, likes his downright spicy. The Kanabo bowl is so face-melting it comes with a warning label on the menu. But Bacso loves it anyway.

“The heat from the Kanobo bowl paired with a cooling, coconut painkiller is the ideal combo for me,” he said.

Where to get it: Bad Hunter

(Note: As of April 2019, Bad Hunter is temporarily closed for repairs from a small kitchen fire. They expect to reopen before summer, and you can check their Instagram for updates)

Dan Snowden was already a veteran of Chicago’s food scene before taking up his post as Executive Chef at Bad Hunter. With stints at Publican and Nico Osteria, Snowden had a solid finger on the pulse of what Chicago diners want and love before he joined this vegetarian-friendly hotspot.

That’s why Mike Armstrong, Executive Chef for TAO Chicago, heads to Bad Hunter for his favorite meal in the city. While Armstrong professes he is “far from a vegetarian,” he loves the plant-forward fare at Bad Hunter. The food there is “simple and amazing,” he says, and the restaurant’s calm atmosphere only adds to a great meal.

Where to get it: Fat Rice

Crowds have been swarming to Chef Abraham Conlon’s Fat Rice since it opened in 2012, so you know there’s something special there. Fat Rice is serving up dishes you’re unlikely to find elsewhere in the city. Its signature dish, Arroz Gordo, is Macanese (from Macau, a coastal region of southern China) — a type of cuisine few Chicagoans are familiar with.

It’s a Portuguese-influenced South Asian dish, and it’s inspired by Conlon’s travels and research for a Macanese cookbook.

Where to get it: BoeufHaus

When Brian Ahern opened BoeufHaus, he wanted to do something different in Chicago’s crowded steakhouse market. That’s how the lunchtime Philly sandwich special was born.

“What made the sandwich unique was that they went Philly style by topping it with cheese, but it was the garlic and chili broccolini that brought a great twist to this awesome dish,” he said.

Where to get it: Anteprima

There’s a theme in all these chef’s favorite meals: Simple is best. And that’s the key to this pasta dish beloved by Boltwood chef Brian Huston — it’s simple, clean and delicious. Plus, the parmigiano butter sauce always has him asking for more bread so he can soak up every drop.

Thank Anteprima Executive Chef Carlos Ysaguirre for that. This hotspot’s understated-yet-delicious Italian fare is his signature.

Where to get it: Qing Xiang Yuan Dumplings

The best dumplings are deeply rooted in tradition, which is probably what makes QXY’s so great. Owner Da “Eric” Zhou’s uncle brought the 250-year-old recipe to the U.S. when the family immigrated, and the same family-secret-recipe dumplings are being served up today.

As Chris Pandel, Chef/Partner at Swift & Sons, Cold Storage and Dutch and Doc’s, says, these dumplings are “absolute heaven on a cold winter day — and there’s usually a line out the door, so you’ll need to warm up by the time you get them!”

Where to get it: Pacific Standard Time

Chef Erling Wu-Bower cut his teeth at Windy City hotspot Nico Osteria before founding PST, a Chicago homage to California-inspired cuisine. Leaving the famed Italian spot was clearly a good move, because PST has been popular since the day it opened its doors.

The fact that Giuseppe Tentori, Chef/Owner of GT Prime and GT Fish & Oyster, raves about a simple eggplant dish here tells you all you need to know about Wu-Bower’s craft. The eggplant in this dish takes on a wonderful smokey flavor, Tentori says, that’s the perfect complement to a fresh, fluffy pita that’s cooked right in front of you. Clearly this is a must-try.

We hope you enjoyed these favorite dishes from the Chicago culinary greats!