How To Build a Tipping Structure that Works 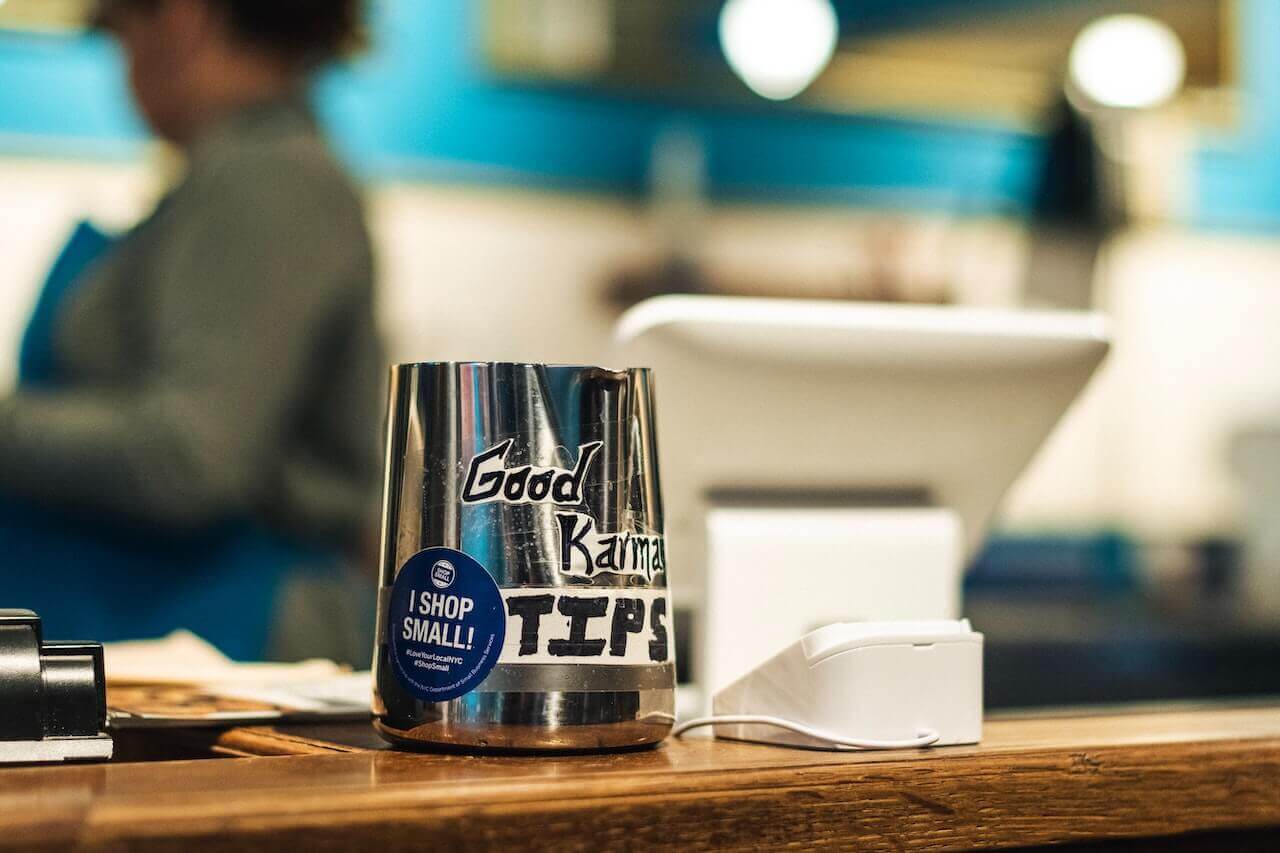 There’s a lot of debate around tipping in restaurants.

But whether you agree with the practice or not, tipping servers and bartenders at restaurants is the norm in the U.S. and Canada, where many restaurant staff receive relatively low wages and depend on tips to bring their earnings up to a livable rate.

That means your restaurant needs to have a tipping structure in place, and creating one that makes everyone happy is a tall order.

Creating the right tipping structure for your establishment will require knowing all about tipping practices in the restaurant industry, which includes knowledge of minimum wage, living wage, customers’ tipping habits, common tip-out procedures and more. It’s not the most glamorous part of running a restaurant, but it has to be done.

Here’s how to build a tipping structure that works - no matter what kind of restaurant you run.

How your tipping structure should be built will be pretty dependent on what kind of restaurant you’re running. Think about it from the diner’s perspective: When you go out to eat at a nice, sit-down establishment, you wouldn’t think about paying without leaving a tip for your server. But when you just pop into your local coffee shop and order a latte to go from the counter? It’s not nearly as compulsory to tip in that situation (although sometimes, you might, for exceptional service).

At a full service restaurant, every guest should be tipping a percentage of their check, generally 18-20 percent in Canada and 15-25 percent in the U.S. Tipping towards or above the higher end of this range tends to indicate the service provided was exceptional.

While fast casual restaurants can be described as a hybrid between full service and quick service dining, this type of restaurant concept typically does not offer standard table service, and has a more casual atmosphere. Oftentimes, diners pay and pick up their food at the counter, but sometimes servers may bring the food ordered out to the table.

So at fast casual restaurants, tipping isn’t quite as standard - the structure will depend on how much service is provided. Guests usually have the option to tip at the counter when they pay - technology like POS systems might prompt each guest with options to click a tip percentage - but technically, it’s just that: an option.

While fast food establishments operate pretty much the same as fast-casual restaurants, with diners ordering, paying and picking up their food at the counter, it’s typically not expected that they tip at all.

Typically, the staff with the most training in hospitality aren’t working at quick service or fast food locales. They’re more drawn to full service restaurants. A high-quality, full service restaurant is likely to attract a higher end clientele that understands tipping standards, or even tends to tip higher than the standard. The opportunity to make good tips is also likely to attract the best staff.

Tipping culture definitely varies by location. In some countries, it’s not normal (and can even be insulting to your server) to leave a tip. In other countries including the US and Canada, tipping is a routine part of dining out, and integral in contributing to restaurant employees’ livable wage. Yet tipping practices still differ between countries, states and even cities.

But the wages that tipped employees earn in those places are wildly different.

In Toronto, most tipped employees are still entitled to the Ontario general minimum wage, which is currently $15 an hour, with a scheduled increase to $15.50 going into effect later this year. Previously, employees who served liquor directly to guests were subject to a lower minimum wage - however, effective January 2022, this special minimum wage rate was eliminated.

As the cost of living continues to increase in large Canadian cities, some restaurants have opted to pay employees higher wages, specific to the cost of living in the city they operate. This is because the actual cost of living has become much higher than Ontario’s 15$ minimum - for example, living wages in Ottawa are about $18.60 an hour, and $22.08 for Toronto.

In the U.S., on the other hand, tipped workers, whether they serve liquor or not, are entitled to a federal minimum wage of only $2.13 an hour, though some states have enacted their own, higher minimum wages (here is a complete list of minimum wages by state). In most states, tips are absolutely integral.

Why is it important to consider location when creating your restaurant’s tipping structure?

Because tipped workers in Canada are usually still able to earn a living wage with or without their tips. Workers in U.S. restaurants depend on tips to survive. If you operate a U.S. restaurant and your tipping structure isn’t working, you’ll have a very hard time retaining staff, since they won’t make money without good tips.

A strong team of staff contributes to your restaurant’s success and keeps business running smoothly. Here’s how to become a better restaurant manager.

Decide on your structure - Tipping Out vs. Tip Pooling.

While your restaurant type and location and the tipping culture in your community should be the biggest factors you take into consideration when creating a tipping structure for your restaurant, there are some other best practices to consider.

Your final major consideration might be the most controversial one: What kind of tip-out structure you’re going to use. There are two main ways of distributing tips in restaurants: tipping out and tip pooling.

Tipping out means that waitstaff and bartenders collect tips throughout their shifts, and before clocking off, distribute a percentage of their tips to hosts, bussers, runners, the kitchen staff and anyone else who helped them throughout the night without receiving tips.

‍Tip pooling, on the other hand, means tips are collected in one pool throughout the night and then evenly distributed to all tip-eligible employees at the end of the day or shift.

Which one is better?

Well, again, there’s not really a right or wrong answer to that. Every server, bartender, busser, cook, host and manager is going to have an opinion about tipping out versus pooling, and no matter which method you choose, you won’t make everyone on your staff happy.

But a general industry rule of thumb is that quick service restaurants, cafes, pizzerias — really any establishment where there’s a counter between guests and staff — are a good fit for tip pooling, since it encourages collaboration and team spirit. Full service restaurants, on the other hand, are more likely to have tip-out systems in place.

If you elect to establish a tipping-out system, you also need to decide how much of the servers’ and bartenders’ tips will go to other staff. There’s a ton of variance in tip-out percentages, but according to Restaurant Business Online, overall tip-outs of 20-30 percent are pretty standard - this generally equates to 3-4 percent of total sales.

If operating your business in the US, you should also be sure to review your jurisdiction’s laws that restrict who can be included in your tipping arrangement - for example, managers and supervisors are sometimes prohibited from being included in the tip-out or tip pool.

A great way to retain the best servers and bartenders is to have lower end-of-night tip-outs, because those staff members can almost always find a job at another restaurant that has a lower tip-out rate that won’t eat into their profits as much.

It’s a delicate balance, having a tip-out structure that’s low enough to keep your servers and bartenders happy, but high enough to keep bussers, hosts and runners happy.

But having a solid system in place will ensure you attract high quality staff who are motivated to provide the best possible service to your guests - plus, it will keep your employees happy and help ensure their well-being.

Looking for more tips on how to manage your employees and operations? Here’s how to become a better restaurant manager. 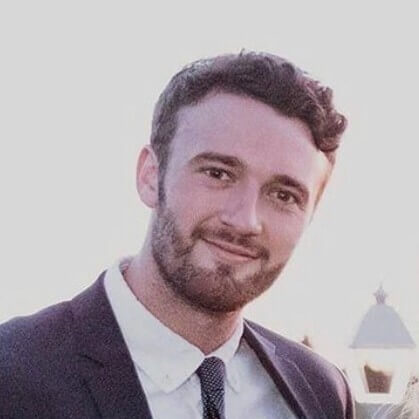